A system to control the energy usage and monitoring the current of the 3-Phase AC load of your home in real time.

The most important components are obviously the ESP-12E microcontroller, 74HC4051 Multiplexer and the 3 x CT sensor (Current Transformer). 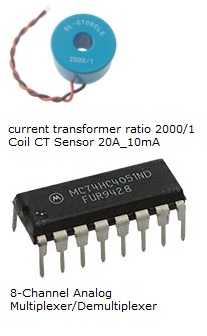 Code checked in to the GitHub repository under https://github.com/forgani/3_phase_energy_monitor 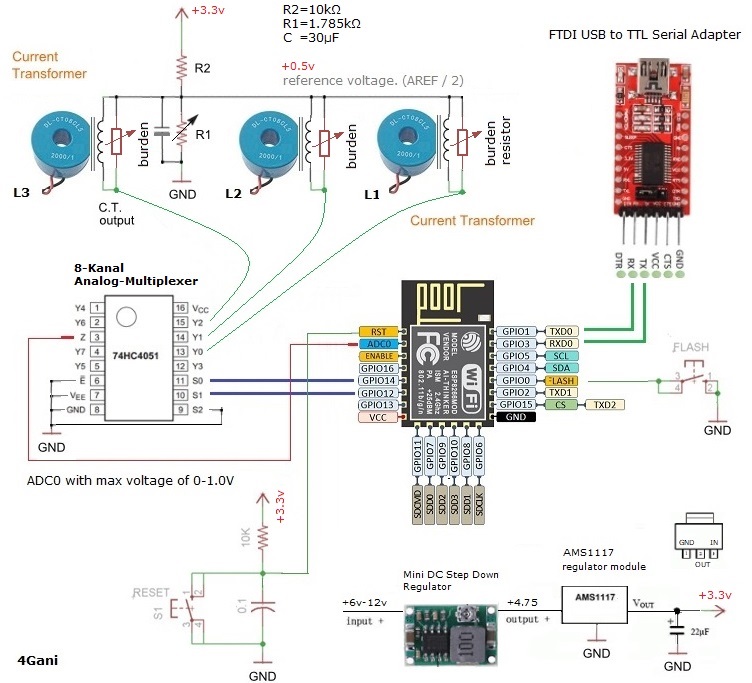 Here’s the wiring and circuit diagram 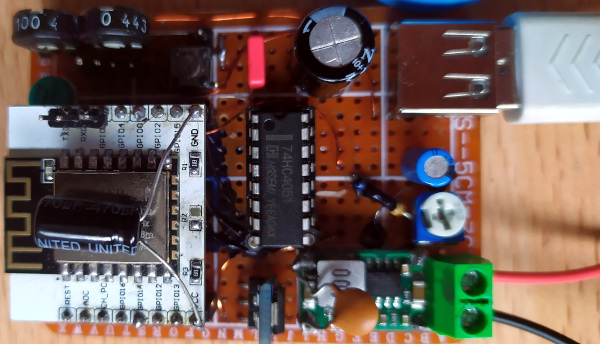 The ESP-12E ADC (analog to digital converter) has a resolution of 10 bits.
That’s mean the analog input measures varying voltage levels between 0V to 1.0V.
The measured voltage will assigned to a value between 0 and 1023bits, in which 0V corresponds to 0, and 1.0V corresponds to 1023bits.
To measure the 3 phases we need 3 ADC input. So I’m increasing the number of analog inputs to three by using a 74HC4051 multiplexer.

With the 74HC4051 we can connect up to 8 analog devices to the single analog pin on the ESP-12E (It uses 3 digital pins for addressing, from which two of them will cover my purpose).

Burden Resistor (ohms) = (AREF * CT TURNS) / (2√2 * max primary current)
The value of burden resistor depends on the maximum primary current that we want to measure.
It should be calculated for ESP-12E so that the maximum of the CT output AC voltage is exactly 1V. 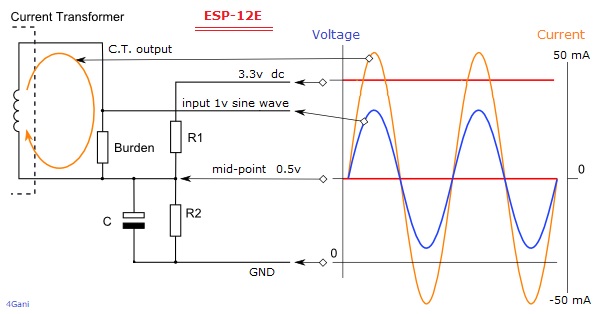 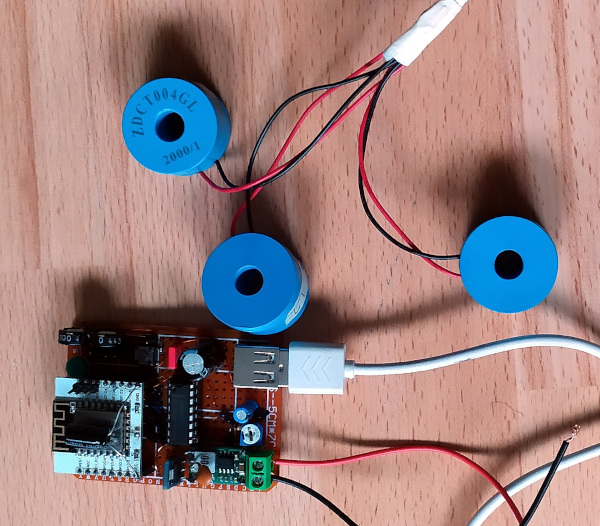 For Burden resistor I used a 100Ω potentiometer and trimming the resistance into 25Ω.

For voltage divider I used a 10kΩ resistor with a 2kΩ potentiometer and trimmed the resistance so that the voltage divider took the 3.3V down to 0.5V as a middle point for the 1V ADC range.

The 74HC4051 is an analog multiplexer. This device is a single 8-channel multiplexer. It has three binary control inputs (S0, S1, and S2) which can be controlled by 3 GPIO pins; 14, 12 and 13.
The three binary signals select 1 of 8 channels and connect it to the output (Z).

You are welcome to download or review the program code (Home Energy Monitor) from here.

The video shows my module and their components.

A short video to show the ESP board

To visualize the data, I created a simple Blynk app by using blynk mobile visual interface.

The two steps to calculating the energy are:

Power measured as changing the voltage and current during a time period dt:

then the energy dissipated during the time interval [0,t] is given by the integral or the sum of the measured values:

Here is a suggested source code for calculating  of daily consumption power in kWh.
It should be running around every second.